🛠️ This document is a work in progress

This document explains the deployment architecture of a basic Hydra Head. It serves as a reference to other topologies discussed in this chapter and is schematically depicted below: 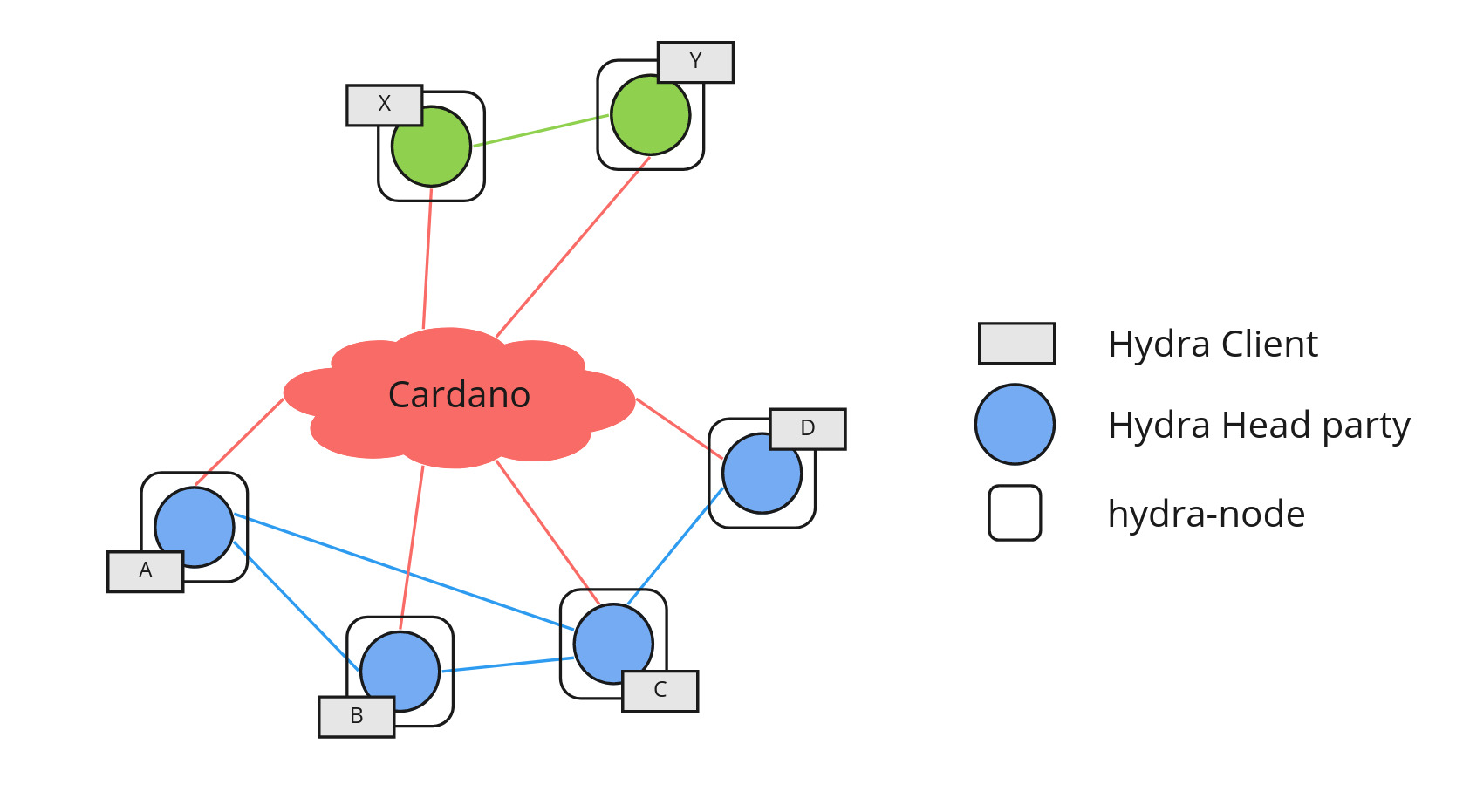 The basic setup of a Hydra Head consists of several hydra-nodes, each connected to the Cardano network through a (not pictured) cardano-node. A Hydra client (like the hydra-tui) would connect, usually via a local connection, to a hydra-node to open a Hydra Head using an off-chain network. The picture shows two Hydra Heads (blue and green) opened between two distinct sets of hydra-nodes, where the lines indicate Hydra network connections and circles represent a Hydra Head state and credentials - summarized by a socalled Hydra Head Party.

Not shown in the picture are multiple, logical Hydra Heads being open in the same hydra-node, which is very likely something we will support eventually and allow for re-using network connections between hydra-node processes.