🛠️ This document is a work in progress

This document describes the Managed Hydra Head topology, which also could be paraphrased as Hydra as a Service. 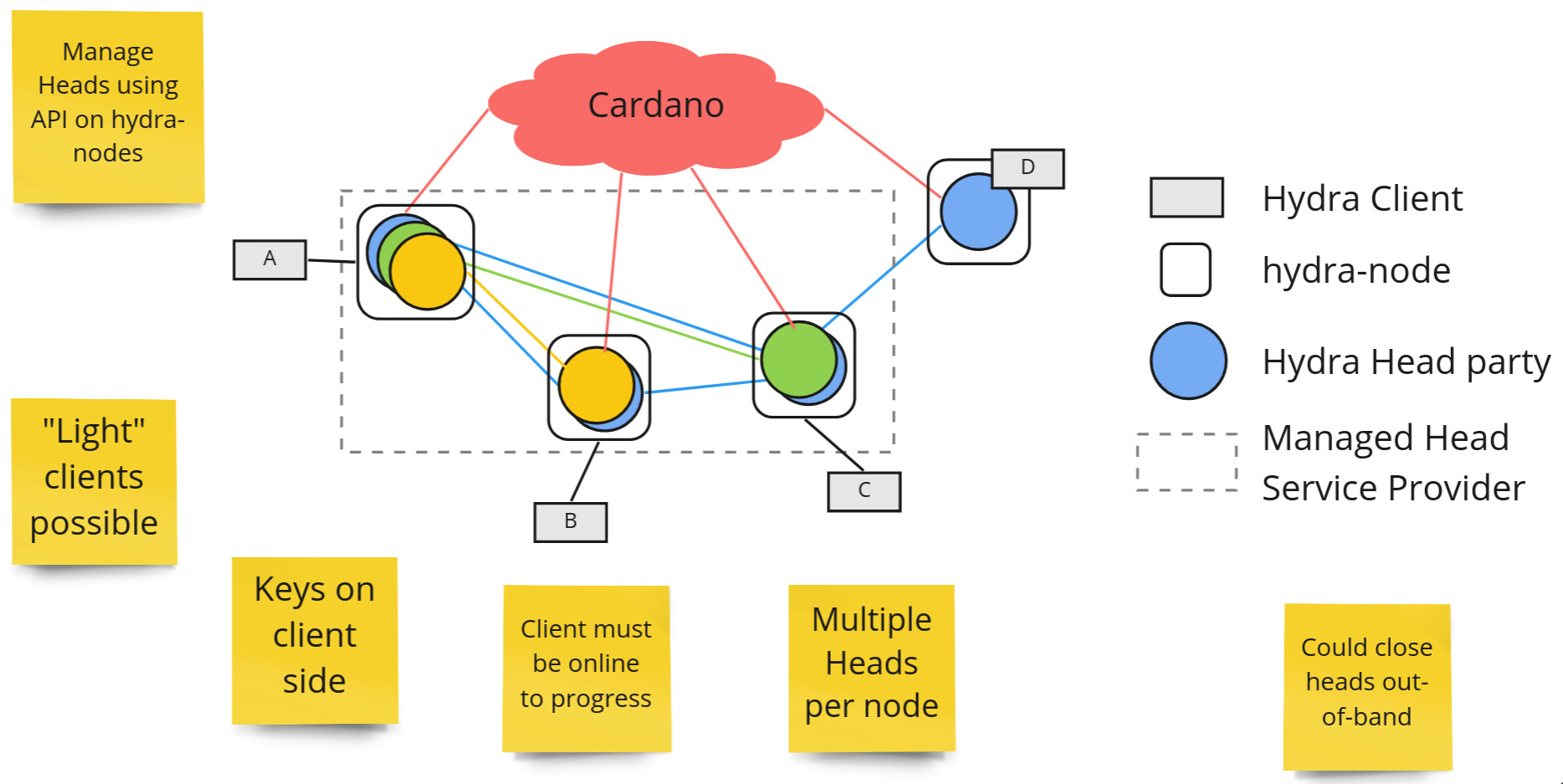 The basic hydra head setup requires each participant to host an instance of a hydra-node. This is very similar to the normal operation of cardano-nodes on the cardano network. In contrast to such a "full node", there exist "light node" setups where users can access the blockchain via a hosted API - light wallets are one example of this.

In this topology, clients will not be required to run hydra-nodes themselves, but access to a hydra-node would be provided by some Service Provider. In fact, client applications like light wallets would not even need to know about the existence of individual hydra-node instances, but more importantly the logical Hydra Heads would be made available via an API.

The picture above shows three different Hydra Heads, two pairwise ones (yellow and green) and a multi-party Hydra Head (blue). Clients A, B and C access their Heads using the service provider, while client D is still self-hosted.

For this setup to be viable, it is important that the Hydra keys remain on the client-side and the hydra-node is mere infrastructure - it does not take custody of a users funds!

As a consequence of this, the client needs to be online for any progress to happen in a Hydra Head. While this is a bit awkward in multi-party Hydra Heads - they stall if a lightweight, mobile client is not reacting for a time, it matches pretty well the two-party Hydra Head setup. There, a transaction is only complete of both parties have been online to send/receive and hence acknowledged it.

An example use case for two-party Hydra Heads are plain old payment channels between two machines or individuals (especially if multiple such channels are logically connected like in the Lighning network).

While access to Hydra Heads is provided by the Service Provider, this does not centralize the system. A client could always close a head & recover funds with an alternative provider or even using a transaction created out-of-band (e.g. by the client application using another service to submit the transaction).